It is very difficult to argue against a term that already has a common meaning. Despite if that flower there is a rose, and always smells the same and always have thorns that you have to be careful of, If a bunch of people around you decide it is a Plerub, say, no matter how much you try or no matter how much you try to define that flower there back to the term rose, You will be utterly fail because everyone will adhere to the group-speak-know. See This has nothing to do with choice, And so any argument to the contrary will just serve to justify that the group is making the choice, This as opposed to the post modern agent in denial who feels like he is making a choice of terms in cultivating a reality.

We find this understanding that the whole modern idea of structuralisms, postmodernisms and philosophical ideas around that 20th-century type of view is now turned on its head. Because we see that the choices that are argued in philosophy to be reasoned out in this way or that really have no invested “line of flight”, if you will. The idea that there is a choice to be had that can move along this line of flight is actually based in a denial of the truth of the situation, and that the line a flight actually involves no choice in the conventional sense.

All this Can thus concern what Slavoj Zizek refers to as a “changing the past”, and what I refer to in the more active participation, “do you see it”. There is a distinction to be made about people in this sense.

In the same way,though, if people have decided that that plant flower there is a rose, I also cannot argue anything to get them to change the name of it. Only the group can change the name of it and for reasons that are utterly of the group ; this is the postmodern irony that constantly oscillates between the individual and the group depending on argument that they want to make; agency or systemic structure, the arguments sway this and that, and meet in the middle at fashionable ratios of ‘nature and nurture’, ‘evolution and will’, ‘genes and emergence’.

So I announce, Perhaps a new philosophy, perhaps as a tongue-in-cheek, determinica.

I use This term to distinguish from the regular argument about “determinism”. Because despite what anyone would say, such an argument would have to live in a state of contradiction in so much as each philosopher is choosing a position and then arguing the various yeas and nays, pros and cons of that position that they might be able to assert determinism. The most aggravating contradiction of philosophical terms is to put the criteria of a determinism on ability to predict outcomes. So it is, because everyone is so concerned about predicting outcomes there is never going to be any sort of argument that will dissuade people from attempting to predict the future and mitigate risk.

So I take my cue from what was once understood as ‘heavy metal’, (the music genre). Before Metallica came up, as many people may not realize, heavy metal was something else. Whatever it was, it was not Metallica, and Metallica only sounded like the Heavy Metal that was around at their time. In fact, that is where Metallica find it’s interesting name, because their music is “like metal”, which is to say, kind of like Heavy Metal, but not.

Before Metallica, heavy metal was bands like quiet riot and rat and Lita Ford. Metallica stepped away from that kind of stuff. But they were hardly heavy metal even by that standard. Even Blue Oyster Cult was considered Heavy Metal. And if you go back to the movie cartoon called “Heavy Metal” and you listen to that soundtrack music, maybe the only thing that you find of heavy metal music that resembles anything today that we call heavy metal music is that Sammy Hagar sang that song “heavy-metal” and he used a particular brand of distorted guitar and a particular way of screaming. I mean, look at that Album cover; wtf Even slightly resembles what we know now as Heavy Metal? Christ; DEVO was even Heavy Metal at the time according to the movie. Lol.

And then when we think of Lemmy the founder of the seminal Heavy Metal band Motörhead, we must realize the plain ignorance involved in citing them as a Heavy Metal band. Listen to their hit Ace of Spades; that is Punk Rock they are playing (which again has nearly zero resemblance to what in popular circles we know now as Punk rock). And we knew this; but not anymore. Then go and ask Lemmy himself; in an interview, which is fairly well-known (somewhere; I can’t find it now), Lemme talks about how he had no idea why they got lumped in to the heavy metal genre, that to him it was just rock ‘n’ roll and he hung out with a bunch of punk rockers. In fact he played bass for one of the best English punk rock bands of the day, The Damned; and here is a Show in 2009 where Lemmy is Jamming back there playing bass.

Yes; what we name something often enough has no relation to what it was, let alone is, but indeed we should recognize that indeed there is something originary to a Name, and changing the name merely then shows, indeed, a certain ability or power, but then also shows in relief the distortion which commandeers what we see against the truth of the matter: The enactment of power is not necessarily true even while it may present something real. Some might even go so far as to say that the discrepancy between truth and reality accounts for the aggregate of problem which shows up in and as reality.

Metallica was more glam rock (heavy metal) meets speed metal (and even verging on punk rock) at the time they came out, but they dressed, in a way, like a run off of the glam rock that was around Hollywood at the time or at least California maybe or at least the West Coast possibly. It was like late 80s hair band meets punk rock. So, maybe we could talk to the Metallica guys James, and Lars and whatever the hell else those other people are named I don’t even remember even though I should know their names — what made their band name cool was because they were playing music that was kind a like heavy-metal but not really. so putting forth their whole package they changed the sound of hard rock.

So I’m not arguing a determinism because most who would have heard that term probably would not understanding what I’m talking about and would come out with an argument against what I’m saying by referring to to traditional definitions of philosophical determinism. And in this little interaction the whole point that I’m trying to make would be missed.

So it came across my mind to call this philosophical move determinica, because what I’m saying is kind of like the arguments for determinism but then is really something totally different, because it’s not an argument. 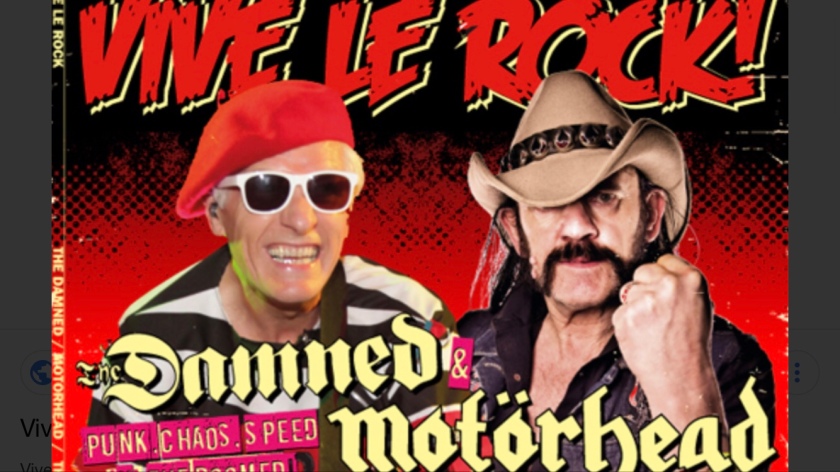 Paul Gray plays bass to his own song recorded 35 years ago. Fucking great!

And The original from the 1982 album “strawberries for fucking pigs”