How are we to take the Object Oriented Ontology of Graham Harman?

But the way I take it is specifically philosophical. And by this approach I mean to position my self from that of non-philosophy, which is to say, what Francois Laruelle meant as opposed to what his congregants would want him to mean; and by this I mean to say that by understanding what both these authors mean, I have the single critique against both in as much as there are people who would be non-philosophers or object oriented ontologists as a philosophical position. I am neither. But I understand both. And I propose that it is through understanding what both these authors are saying in the context of philosophy, that I am a philosopher who’s object is philosophy.

I have said elsewhere that I think Graham Harman offers us the most significant philosophy of our time.  I also argue in various places that philosophy only concerns itself. And I often use the example of walking along absorbed in your cell phone and you walk into a low tree branch. My point is that such an event is utterly impenetrable by, what I work to call, conventional philosophy.  This is not to say that I cannot have a philosophical position about what happened or what the branch is or what the gash in my forehead is or the blood, or my scratched glasses; rather, it is to say that the meaning of the event or it’s ontological status is not all there is to talk about.

As I have in an earlier post, what we are dealing with is the difference between the nothingness at the inside-end of the phenomenal reduction which is the lacuna or gap and well as the magical ‘filler’ of capitalist subjectivity, and the in-itself essence of the object that withdraws from view.

I see my hypothetical anecdote, and the conclusion I have just put forth, in line with both Laruelle’s and Harman’s philosophies.  My critique of both of them is that the way they distinguish their particular philosophies from any other is based in discursive semantic distinctions that have nearly nothing to do with reality.  This is to say, the reality that they both propose in their manners is exactly a philosophical reality that has nearly nothing to do with the branch smashing into my forehead.  It is exactly the certain kind of viewing upon their own work which allows them to be saying anything about reality, and yet never be a part of it.  This is not to say that they are wrong, but only that they do not recognize what they are doing, or if they do then they are involved with a sort of deceit (see my posts on Bad Faith which I wrote like 5 years ago).

My other proof-anecdote I have used is that I doubt that Harman goes to grab a beer with lunch and friends and sits with the server for and hour or two to make sure that everyone knows the truth of what they are getting themselves into (or whatever) by ordering food and drink, both Harman and his friends and the server, the cooks and brewmasters, etcetera, all understand the reality that they are involved with before he even starts to order.  Let alone the car (he does live in LA) and all the philosophical ideas that must go into him even starting a car.  For how could the server bring him a beer if he is not privy to same the ontological ground as Harman? How does he ever even get to the pub?

The point I am making here is exactly a non-philosophical point that Laruelle makes (and others); namely, that the idea that there is an extension of actuality beyond the argumentative motions of philosophical work is itself based in a kind of faith.  It is in no uncertain terms indeed a belief that what the thinking subject has come upon in the philosophical moment extends to include the ordering of dinner and a drink behind the scenes of the actual situation. And this is exactly what Harman talks about so far as “behind the scenes” (what I call transcendence).

Anyway. I must save the more in depth analysis of this linked essay for a submitted paper.

In short, I am a counselor and a philosopher.  The philosophy exists as a thing in-itself (ala Harman) for the knowledge which dismisses itself from itself for another object; as these objects withdraw from the scene to do their own business, they thus involve me and the other phenomena vicariously, each drawing upon the another to do their relative business in the real world: Actual non-philosophical business of dealing with real things philosophically, which is to say, completely separated from any causal linkage to the theoretical base, incidentally coincides with various Marxisms and critical theories that also have sense. 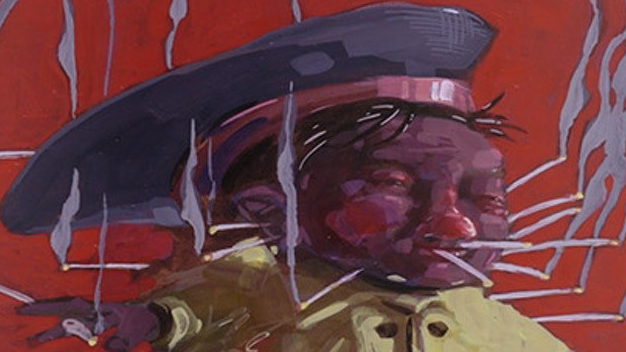 {artwork from the book Subjects with Objects}

Building mental wellness on a foundation of strength