The Moment of Decisive Significance took more than 4 years to write and publish, and it still needs edits. The Philosophical Hack the first and second parts took a little less time, partly because of how Nathaniel approached it.  Actually, The Philosophical Hack is not yet complete, so all and all, for all 6 parts, will probably take even longer than 4 years — and being that Nathaniel undertakes other projects, the last 4 parts will probably come out perhaps in 2030. 🙂

This is true philosophy to me.  Yes, philosophy can be understood as a commodity, a product, a piece of consumer good, but that is not what I think good philosophy does and is in truth.  In reality maybe it appears as something different…

Philosophy takes time, it is out of time, and it is thus timeless.

It arises in time and out of time, but through arising in this manner, it is essentially of two ontological natures.

One of the points the Kierkegaard makes in his book “Fear and Trembling” is that Abraham had a faith that is beyond him; Kierkegaard says that he could never make the move of Abraham and, basically, this is why a person is in despair, sinful, as he says, in despair to will to be oneself.  Kierkegaard thus uses the literary figure of the Biblical Abraham to show the irony involved of Being a Knight of Faith.

His point is that when one is willing to be oneself never does she have the faith of Abraham, and thus, for those who might be so inclined (but not everyone), the best someone who is willing can do is live as a knight of infinite resignation. His point is so long as one is willing, that is, is open to the possibility of being oneself, as opposed to actually being oneself, then that person lives in despair.

Indeed this is the modern dilemma of the individual. 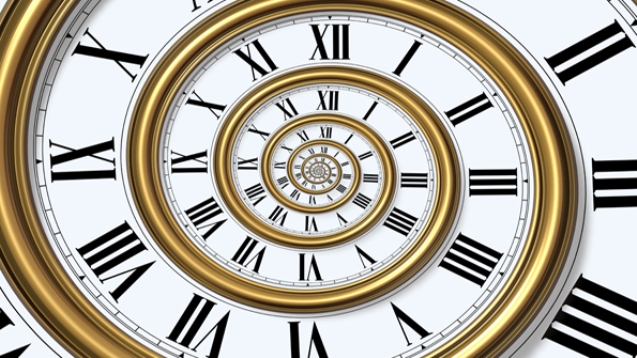 My point is that so long as one is in time, they have faith in themselves and are working towards an end which is always ethically compromised: They have faith (hope) that the world holds a place for them to Be, but they never are quite sure how they are supposed to be (how am I proposed in context is the quandary of modern mental health).  The irony, though, is that one must indeed live in time and be ethical (in the sense of Being involved with ethics), but that that this is not all that one is and does.  One does not live in a condition where she must always choose upon ethics.  This is the point that Kierkegaard makes of Abraham.

Is there a teleological suspension of the ethical?

We find the answer through his books, and the answer is yes.  The reason for this is that Abraham’s activity was not for his time, and yet in that he was indeed there, a human being doing actions, his actions were not ethical. Indeed, the point that Kierkegaard makes is that the ethics of Abraham were vested in God, and that God thus makes the world ethical by virtue of the absurdity that is not acting in time: Abraham has faith by virtue of the absurd.

Ironically, Slavoj Zizek, a contemporary social critic and philosopher, makes the same point when he says that the subject always acts too late, that by the very ontological nature of the modern subject of ideology, action is always reactionary.  Similarly Alain Badiou says the best political move is to not act politically, to abstain from politics. The revolutionary move is thus to move out of time, and to bring Kierkegaard back in, to act by virtue of the absurd such that what is ethical arises out of the act, as opposed to the ontological act Being involved with an attempt to act ethically.

The condition which evidences this ontological contradiction is what Kierkegaard and Nietzsche as well, call angst, which was first translated into English, by Walter Lawrie, I think, as dread, but then later authors (Hong and Hong, May) call anxiety.  The philosopher who arises out of time to act finds herself in a state of anxiety because she still appears on the scene within the ethical universe, albeit, one that is being manifested by the absurd situation of her being out of time. This is particularly salient in our 21st century because we find that this is a condition of knowledge, and not a condition of every human being who thinks thoughts.

My next project will thus be to produce a work of philosophy which covers the whole breadth of philosophical knowledge while at once mentioning neither a known philosopher or author, nor conceptual philosophical tropes, that is, terms which have assumed (privileged) dense philosophical definition.

That is what I am going to attempt, anyways.  🙂

One thought on “The New Philosophy”